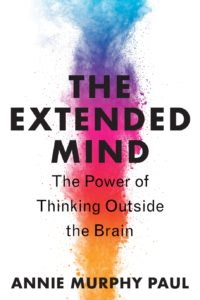 A couple weeks ago a consultant friend of mine, who coincidentally focuses his practice on lean in healthcare, was complaining about issues with his healthcare providers.  It’s a story we hear often – doctors running late, very short and often superficial consultations, a rush to diagnosis, and a bias toward additional services like surgery that they happen to provide – and profit from.  They may be great doctors, but the quality of care, patient experience, and even outcome is not great.

This is also something my wife and I haven’t experienced for several years.

I have a fantastic local primary doctor.  He’s brilliant and could easily have a high end specialty practice that would earn him multiples of what he probably makes now, but he decided early on that he’d like to help as many people as possible by being a general practitioner.  He’s a medical geek at heart, and almost a decade ago when I had an uncertain diagnosis (which thankfully turned out to be a non-issue) he suggested I go up to Stanford to see a specialist to be evaluated by what was then a new technology.  That experience changed how we consume health care, and taught me a lot about how organizations can create value for customers. We’ve long known that embracing failure with an aim toward learning and improvement can create future success.  Organizations that see failure in that light, and support their people with cultures and systems to learn from failure, can become engines of innovation.

Now there’s quantitative evidence via a tested empirical model to support our thoughts on the potential power of failure.  In their article in last month’s issue of Nature, Quantifying the Dynamics of Failure Across Science, Startups, and Security, Yian Yin, Yang Wang, James Evans, and Dashun Wang tackle the subject.

The large-scale datasets they used are rather unique: grant applications to the National Institutes of Health, entrepreneurs trying to obtain funding, and terrorist organizations trying to execute mass casualty events.  Radically different mindsets, perspectives, and activities.  In each situation the authors looked a whether the organizations and individuals were successful, controlled for underlying demographic data, and compared past failure to both the efficiency and quality of future success.

Two key findings from the study were that people who experience early failures often become more successful that those who achieve early success, and that there is a tipping point between failure and eventual success that is driven both by learning and the pace of subsequent failures. One of my favorite websites, Brain Pickings, recently turned 13. The reason it’s a favorite is because it offers content that is challenging intellectually – but not to the point of not making sense to humble minds like mine. The logo creeps me out a bit, but the breadth and depth of subject matter is amazing.  To commemorate that anniversary, Maria Popova authored a post on 13 lessons from the 13 years.

Two of those lessons, the somewhat-related numbers 1 and 11, connected with me more than the others.

Allow yourself the uncomfortable luxury of changing your mind. Cultivate that capacity for “negative capability.” We live in a culture where one of the greatest social disgraces is not having an opinion, so we often form our “opinions” based on superficial impressions or the borrowed ideas of others, without investing the time and thought that cultivating true conviction necessitates. We then go around asserting these donned opinions and clinging to them as anchors to our own reality. It’s enormously disorienting to simply say, “I don’t know.” But it’s infinitely more rewarding to understand than to be right — even if that means changing your mind about a topic, an ideology, or, above all, yourself.

Question your maps and models of the universe, both inner and outer, and continually test them against the raw input of reality. Our maps are still maps, approximating the landscape of truth from the territories of the knowable — incomplete representational models that always leave more to map, more to fathom, because the selfsame forces that made the universe also made the figuring instrument with which we try to comprehend it. Last weekend I powered through David Epstein’s new book, Range: Why Generalists Triumph in a Specialized World. The book has received rave reviews from the likes of Daniel Pink, who calls it “an essential read for bosses, parents, coaches, and anyone who cares about improving performance.”  Through numerous stories and data, Epstein’s primary premise is that generalists triumph over specialists.

I dove into work showing that highly credentialed experts can become so narrow-minded that they actually get worse with experience, even while becoming more confident – a dangerous combination. An internationally renowned scientist [later introduced in the book] told me that increasing specialization has created a “system of parallel trenches” in the quest for innovation.  Everyone is digging deeper into their own trench and rarely standing up to look in the next trench over, even though the solution to their problem resides there.

Epstein directly takes on those (ahem, Tim Ferris…) who propose spending ten thousand hours to become a supposed expert in something.  I found the book to be a breath of fresh air from all the “get smart quick” self help books, and he includes data-driven concepts applicable to a wide array of personal and professional situations.  He even spends considerable time on how it applies to raising children, and Ashley Fetters at The Atlantic has a great review of the book from that particular perspective.  In an interview, Epstein says the issues with children and sports is what originally led him to research this topic. My favorite part of last week’s podcast with James Clear, author of Atomic Habits, was the last five minutes when he talked about a potential downside of good habits.  When we decide to improve, and create a new practice with the right cues and rewards, we form a new habit.  But habits can put us on autopilot and, if we’re not careful, we can stop improving or even regress.

This is why surgeon effectiveness can peak four or five years after they start practicing – unless they actively try to improve their craft, and why “number of surgeries” may not be a metric that correlates to quality of outcome.  James Clear suggests that deliberate reflection is critical to loop back to learning to create further improvement, which can then lead to mastery.